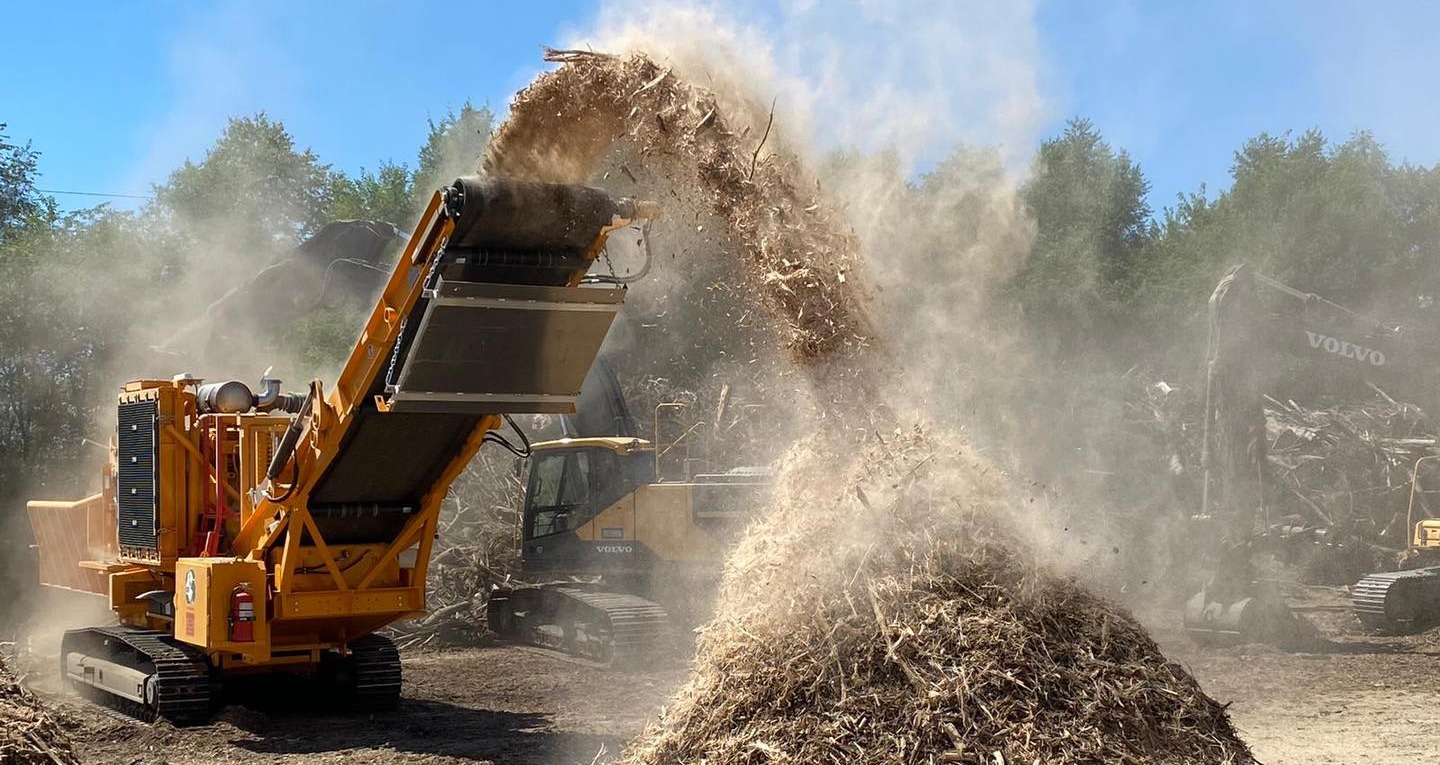 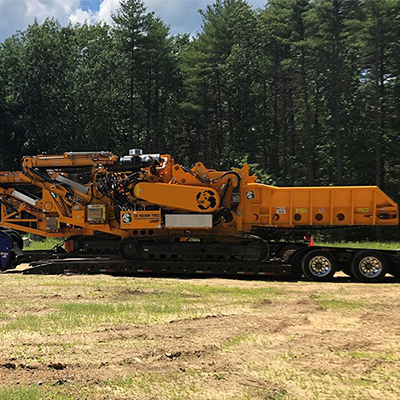 ONSTED, MI  – Van Brunt Transport offers a variety of hauling and material processing services throughout southeastern Michigan. They’ve been in business for more than two decades and have grown their team and equipment fleet throughout that time. Their experience in hauling heavy equipment complements their mobile wood grinding business as they move equipment between sites in Michigan. They’ve recently taken on more types of grinding jobs.

“We ended up taking over the byproducts for a couple of different sawmills,” said David Van Brunt. “We have two retail stores ourselves and we have several landscape supply facilities that we take care of. We also work with a couple of bagging facilities. We try to diversify.”

Equipment that can perform in a variety of applications is key to their business model. As Van Brunt Transport continues to expand, they switched from their shredder to a grinder, and then eventually upgraded to a higher horsepower 5800BT Horizontal Grinder in 2020.

When it came time to upgrade their grinder, Van Brunt flew down to the southern United States to see CBI grinders in operation. Their team looked at a couple of CBI machines running in real-world applications. He was also able to see the 5800BT running head-to-head with other machines they were considering.

“We just liked what the CBI did,” Van Brunt said. “The overall ease of operation appeared to be easier with the CBI than any other machine we looked at.” 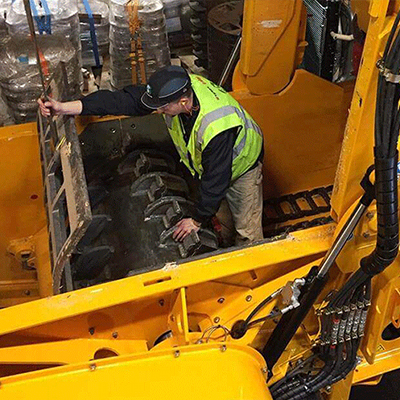 Screen changes are a critical aspect of operating a wood grinder. The amount of time associated with changing screens is a repeated process that’s factored into the bottom line of production. Safe, smooth, and fast screen changes optimize a grinder’s uptime and profits. However, until someone has physically performed a screen change, it’s hard to truly appreciate the design advantages of CBI’s split hog box.

Van Brunt wanted a machine that would improve efficiency and the daily working conditions for his operators. He decided to involve his team in the selection process since they would be working with the machine directly.

“I wanted something that made their jobs easier,” he explained. “The ease of maintaining and servicing the 5800BT is considerably easier than other models out there.”

The 5800BT’s grinding chamber rises to provide open access and a quick screen change system. Van Brunt has had the opportunity to listen over the radio as his team performed screen changes on a few different horizontal grinders. With the CBI 5800BT’s screen changes, he reports the process was smooth and the radio conversation was friendly banter. With other machines, Van Brunt listened to the team’s candid frustrations during the screen change process. His operators were key in their decision to choose CBI.

After they added the grinder, Van Brunt received positive feedback on the 5800BT from his team right away. They were impressed with how much easier it was to chain down and prepare for transport.

“It was an added benefit. When my guy went out and got it at the CBI plant, he called me instantly and said it was so much easier to chain down. It’s those details that I like about CBI over other manufacturers.” 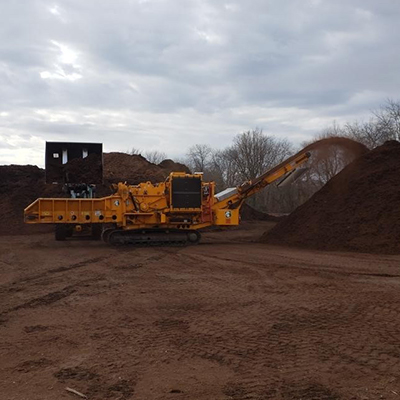 The CBI 5800BT is designed for power and for ease of transportation. It was developed to feature the same principles of the proven CBI 6800 grinder but is purpose-built for contractors dealing with transportation restrictions. Like CBI’s other horizontal grinders, the 5800BT never compromises strength or performance. With all the logistical considerations associated with transporting heavy equipment, Van Brunt appreciates the fact that they don’t have to permit the 5800BT for width when transporting it.

Since adding the grinder, the team at Van Brunt has used the machine for the primary grinding of land clearing debris, regrinding of mulch, processing of pallets, and the recycling of wood waste at manufacturing facilities.

They’ve been happy with the 5800BT’s production. One early observation was how durable the tips were. Tips are arranged in an offset helix pattern that cuts the full width of the rotor, drastically increasing throughput over the conventional pinned rotor design. The offset helix pattern promotes even wear across the rotor, so the operator spends more time grinding and less time changing teeth and screens.

“It depends on the material we’re in, but honestly tip life is two to one compared to what we’re used to,” he explains. “We’ve done some grinds where we can do 20,000 yards and never replace a tooth.”

The 5800BT began a hardwood bark grinding application this March. When hardwood trees are processed at a sawmill, the hardwood bark is a byproduct that can be recycled into bark mulch.

The high percentage of bark content distinguishes “bark mulch” from other mulch types. In this application, Van Brunt configured the 5800BT with 3 x 5 screens to produce the desired end-product for the application.

“I like the flexibility of the machine. When we buy a machine, it has to be versatile. I like the versatility of the CBI. So far, everything we’ve done with the 5800BT, it does it well.”

Overall, the 5800BT has lived up to CBI’s promised quality.

“It’s one of the few things that when you buy it and go to work with it, you smile,” Van Brunt said. “I’ve spent a lot of money on a lot of different things and never smiled.”