In 1925, 21-year-old Emil Mann laid the foundation stone for a company that continued to develop. It started with a used truck and the transport of building materials. By the 1970s, the transport company was operating 60 trucks. In 1991, the first commercially used wind turbine was erected in Rhineland-Palatinate. In the same year, Markus Mann successfully broke new ground in the field of renewable energies, with the newly founded Mann Windenergie GmbH. As early as 1994/95, MANN Naturenergie GmbH & Co. KG built a biomass cogeneration plant in Langenbach for the energetic use of landscape conservation wood and other natural woods. In 1998, the company began selling “green” electricity.

Today, the company processes up to 120,000 fm of roundwood annually into packaging lumber and pellets.
There is no waste in the processing of wood: bark and wood waste pieces are used for the production of electricity and heat. Sawdust is processed into CO2-neutral wood pellets. By 2001, the company Westerwälder Holzpellets GmbH was founded and the first large-scale wood pellet production facility in Germany was put into operation. Currently, up to 50,000 tonnes of pellets are produced there per year.
Due to the construction of the sawmill, called MEO plant (material-energy optimisation plant) in the years 2015 - 2017, non-sawable logs are partly used for the production of packaging wood. After being cut, the wood is passed through the sorting plant. Scanners and trained employees always ensure the efficient utilisation of the state-of-the-art sawing line. The wood can be sawn flexibly in standard dimensions or to size, according to individual customer requirements. Despite the high degree of automation, several employees work on the highly complex line, managing production and quality control. At the end of the production line, two state-of-the-art robots perform valuable services in packaging and palletising the end products. In this way, the interaction of the more traditional workforce with innovative technology meets the highest requirements for quality and efficiency.

From early in the morning until late in the evening, there is a lot of activity here: the delivered roundwood is removed from the truck and brought to the sorting line’s infeed. Here, the logs are debarked and sorted into 31 boxes according to diameter and length. The new Pick & Carry machine from Fuchs empties the boxes. With its large-dimensioned gripper, it transports the wood to the appropriate polter in the spacious storage yard. However, the priority in the MHL434’s area of operation is to ensure that the sawmill’s feed table is permanently loaded. For the other areas of operation on site, both the MHL334 and the new MHL434 can be used in trailer operation.

Due to the multitude of possible applications, the new MHL434 has become an all-rounder at Westerwälder Holzpellets GmbH: it is used in a two-shift operation, five days a week. In addition to various manipulation tasks such as emptying boxes, stacking and loading the sawmill, it also supports the unloading of trucks and the loading of the sorting plant.

"The excellent all-round visibility of the MHL434 through the rear-hinged boom greatly increases work safety in the log yard. The performance of the machine is impressive." 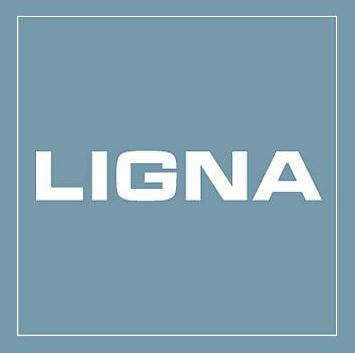