The latest range of cone crushers from Cedarapids is the TG and TGS Series bronze bushing cone. This series of cones complements our current market leading MVPX Series (Screw Type Cone) and the TC Series (Floating Bowl Cone), resulting in the most versatile and comprehensive cone range in the industry! 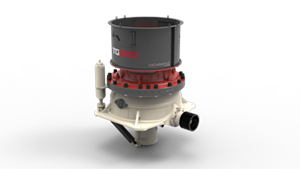 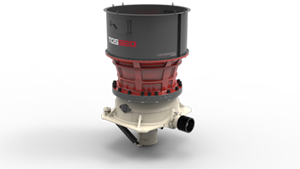 The TGS Series models utilize the same base mount as their Tertiary version counterparts and operate in the same horsepower range. They have fewer linear configurations and options of eccentric throw compared to the TG series, but these models offer a great advantage over the other styles of crushers. 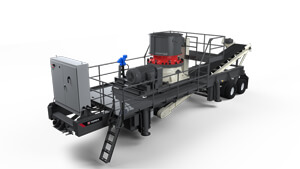 The CRC320 plant features the TG320 300hp bushing cone crusher with an exceptionally large feed opening. Easily transported on the road or on-site, the all electric plant takes the TG Series cones portable to fit a variety of layouts and applications. 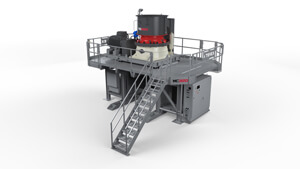 Designed for easy transport and easy on-site assembly, a modular platform provides a pre-engineered solution for installing the TG Series cones. The MC320 features the TG320 or TGS320 cone crusher on a modular base.

A Cone for Every Application

When it comes to the three main styles of cone crushers in the market, namely the Floating Bowl Cone, the Screw Bowl Cone and the Floating Shaft Cone, there is no one style that is solely and uniquely associated with a specific application, rather, they can all work but some are more suited than others. Depending on the type of material being processed and desired output in terms of tonnage or specification, customers have the opportunity to select any one of the three styles of cones from one single OEM, Terex MPS. Learn more about choosing the right cone for your application here. 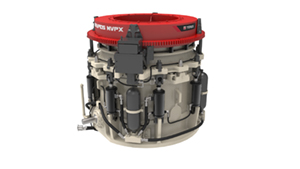 Check out the Cedarapids MVPX Series 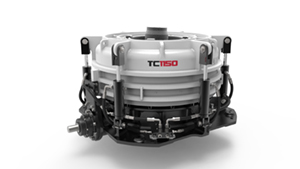 Check out the Cedarapids TC Series