In the Lazio Region and, in particular, in the capital, where a variety of renovation projects are underway, the activities of Mazzilli Group, a local Terex dealer and rental company, stands out.

Our journey through the streets of Rome begins in EUR, a district also known as "the City of Rome." Here the Roman company De Sanctis Costruzioni has begun work on the restoration, conservation and real estate development of the so-called "EUR Towers", built in 1961 by architect Cesare Ligini. It is a complex consisting of five buildings, among which stand out the three towers of more than 60 m, precisely, joined by a basement on two levels. The skyline of the construction site is striking: silhouetted in the sky are three CTT 132-6 tower cranes-characterized by different heights (75, 84 and 96m) and 30, 45 and 60m booms-anchored to the structures by means of special collars.

Equipped with the T-Link telematics platform, which allows the fleet to be managed at any time and from anywhere via the Web, optimizing efficiency and reducing costs, the cranes also feature "T-Torque" slewing technology (as do all the new "City Class" versions), modular design and "T-Lift" elevator. The cranes were chosen because of the assured speed of assembly and disassembly, simplified maintenance, and their versatility. Among the special features of this model, shared with all others in the range, is the "S-Pace" cabin, a renovated module designed to maximize operator comfort. 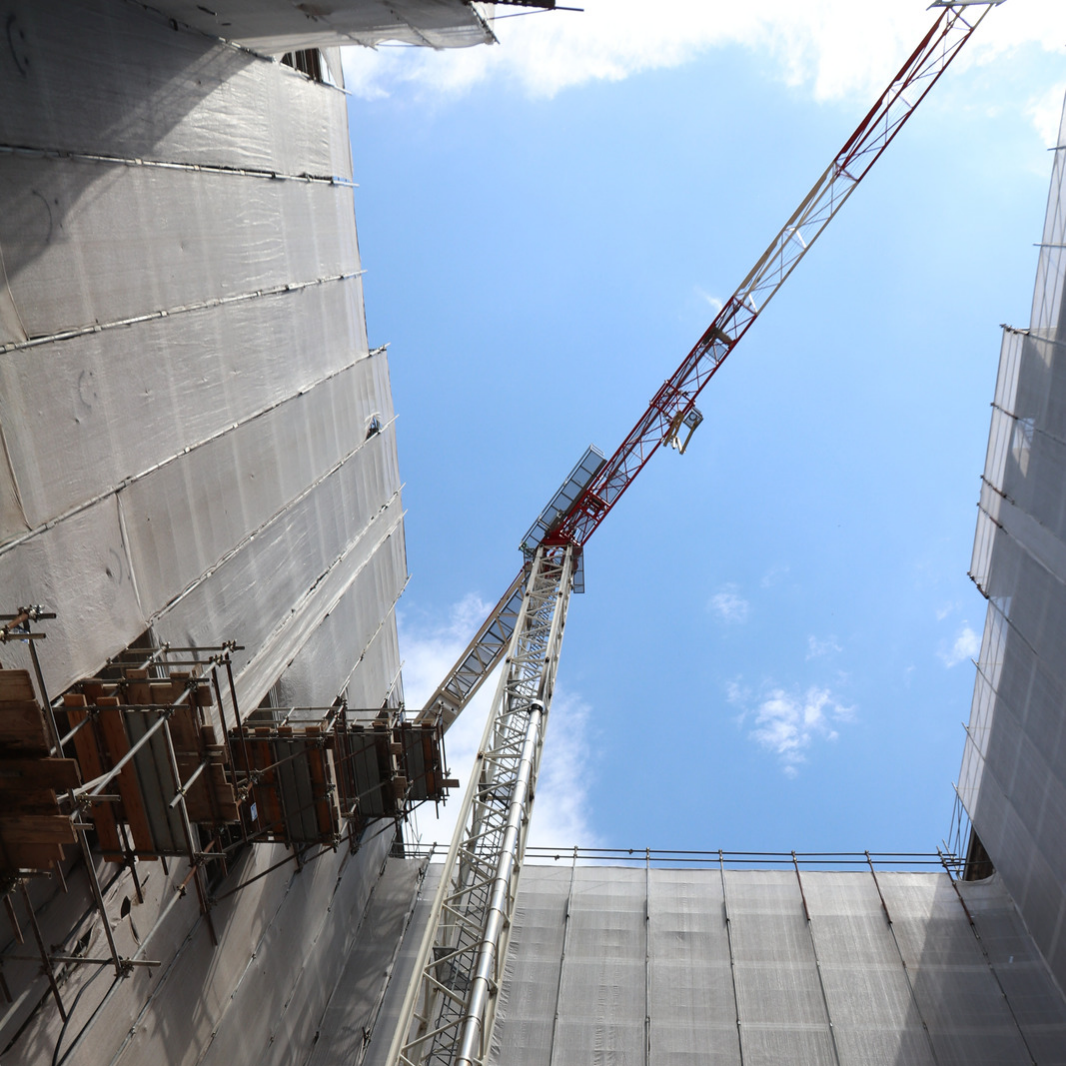 In the center of luxury

Our itinerary then took us to Via Veneto, one of the most famous streets in the world, the scene of numerous films by Federico Fellini that made it a true icon, a symbol of luxury and worldliness.

Here Antirion SGR, an independent asset management company, awarded Rosewood Hotels & Resorts to manage the new luxury hotel Rosewood Roma, set to open in 2023. This property, located in the former headquarters of the Banca Nazionale di Lavoro (BNL), will comprise three historic buildings, each of which was built in the early 20th century. The transformation of the property is being managed by Colliers International, which is coordinating the redevelopment process under the guidance and coordination of Jacobs, an integrated architecture and engineering firm, and Australian interior design firm BAR Studio. Upon completion, the Rosewood Roma will have 157 rooms, including 44 suites, and three dining venues.

The renovation project was entrusted to S.A.C - Società Appalti Costruzioni, a leading company in the Roman scene that has been working for more than 50 years in civil construction, restoration, large industrial and infrastructure projects. On this occasion, the company is deploying a tower crane CTT 91-5: featuring a maximum boom length of 50 m, a lifting capacity of 5 t, a maximum tip load of 1.4 t and a standard free height of 45.75 m, this "Flat Top" is here erected at a height under hook of 56 m and with a TS 12/TS 16 mixed tower system.

The Recovery Plan for the via Boncompagni complex affects an entire block of one of the most prestigious districts of the historic center, the Ludovisi district. The intervention area is characterized by the presence of three building bodies, arranged in a courtyard around a large space, the Boncompagni Complex.

It occupies most of the block with mixed use (residential and offices), the May Fair residence, located where in the past stood the General Curia, the International College of Capuchin Friars and the former church of St. Lawrence of Brindisi. Upon completion of the rehabilitation and renovation, the building will house 145 apartments spread over eight floors, some offices, a small commercial area and a garden in the inner courtyard as well as, also on the first floor, a large social welfare service facility dedicated to young people with disabilities. It is in this context - in which the Group is operating the HTR, on behalf of the investment company Savills Investment Management - that a CTT 181-8 "Flat Top" tower crane was erected. It was certainly not easy to position this machine: the company used a large crane truck equipped with a 70 m jib; once over the building, the crane was erected in 12 m blocks, positioning it in the center of the interior area, inside a special basin and anchored to the plinth at an elevation of -18 m (+36 m outside). Thus erected, the crane reaches a height of 67 m and is equipped with a 65 m boom. 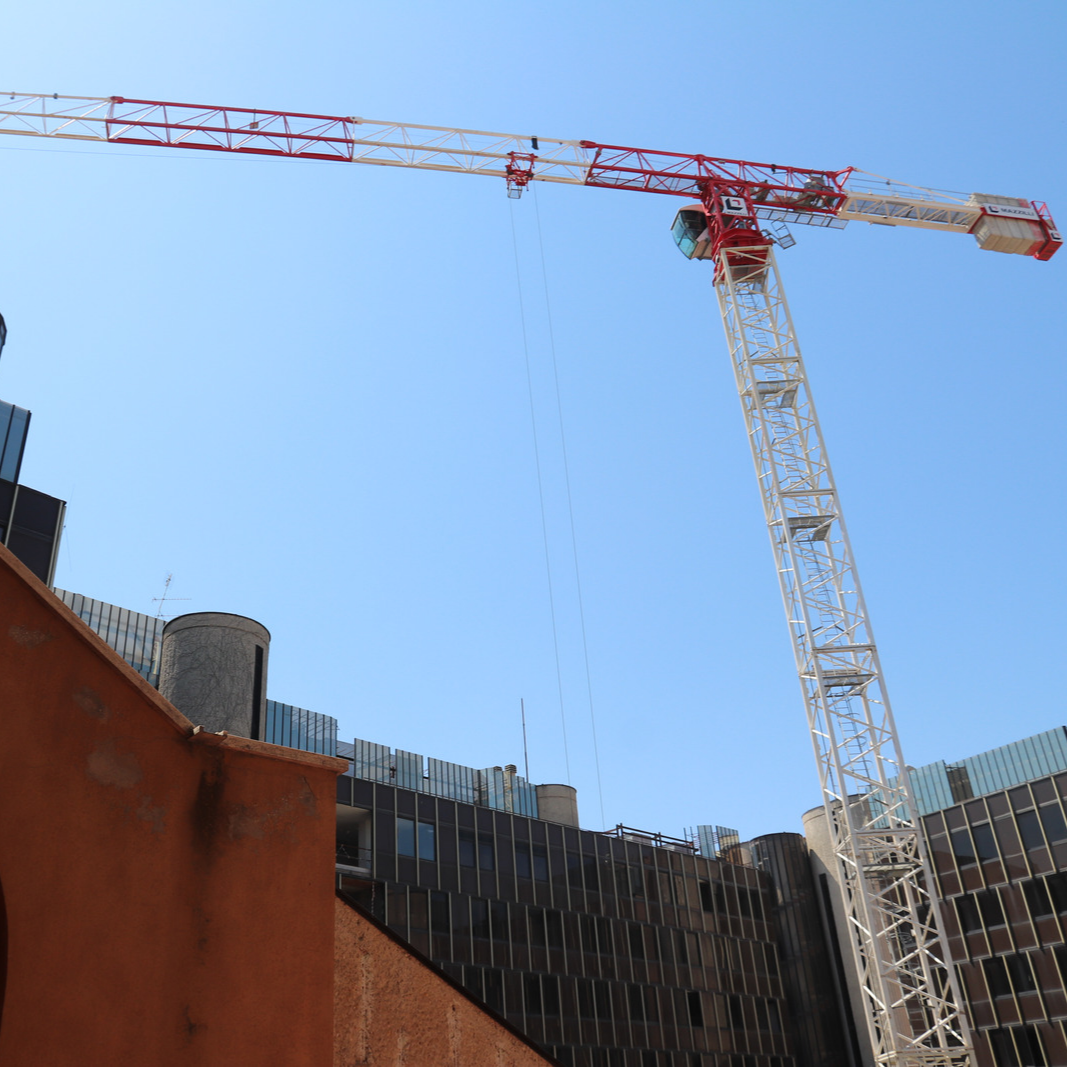 On Pozzuoli Street, where contractor S.A.R.E.P., a company that has specialized in the construction industry for more than 20 years, is carrying out a series of seismic upgrades to the period building at No. 7. Here again, a relevant complexity involved the positioning of the "Flat Top" (in this case, another CTT 91-5 tower crane, configured with a height of 42 m and a 45 m boom), which took place in its entirety inside the building and therefore with the relevant arrangements and accuracies in terms of logistics and the management of the loading/unloading that took place directly from the street.

The last leg of our Roman journey ended at the Sant'Andrea Hospital on Via Di Grottarossa. The building in question is currently undergoing some construction work of expansion and redevelopment aimed at making the care spaces more functional, comfortable and welcoming. In particular, on the South will be built a new four-story structure - designed respecting the criteria of green building and of energy conservation - integrated with the existing one; crossing the renovated pedestrian entrance plaza will provide access to the monumental atrium, the heart of the new "citadel of health."

From this space will unfold the two side wings of the new building intended for new outpatient clinics, inpatient and administrative services. Contributing to the success of this project (the contractor for the work is again S.A.C. - Società Appalti Costruzioni) is a CTT 202-10 tower crane, on this occasion configured with a IV pitch, a height under hook of 61 m and a boom at the maximum possible length of 65 m. Here the lifting capacity is 10 t, the tip load of 2.1 t, the free height of 72.95 m.

In the economic boom that characterized Italy in the 1970s it was Vito Mazzilli, in the middle of the decade, who established the Group of the same name in Rome. In addition to sanctioning the beginning of an activity that has continued uninterruptedly ever since, the founder of what is now one of the most important companies in the capital in its sector had the merit of imprinting on the company a very precise and characterizing DNA, which finds its greatest expression of continuity in the work of his two sons, Emiliano and Manolo, currently at the helm of the company. It is precisely Vito Mazzilli's style and philosophy that have traced a path lived in a market where "making construction site" with professionalism and quality has meant laying the foundations of a company oriented "to overcome the certainties of today in order to imagine tomorrow." Mazzilli Group is a young, dynamic and innovative company. Its activity is based on the expertise of a team of experts in the field of construction machinery and equipment that covers the entire regional area, where it is known for its seriousness, efficiency and professionalism. Thanks to "tailor-made" technical and financial solutions, the Roman Group is able to offer an all-round service to small, medium and large enterprises. 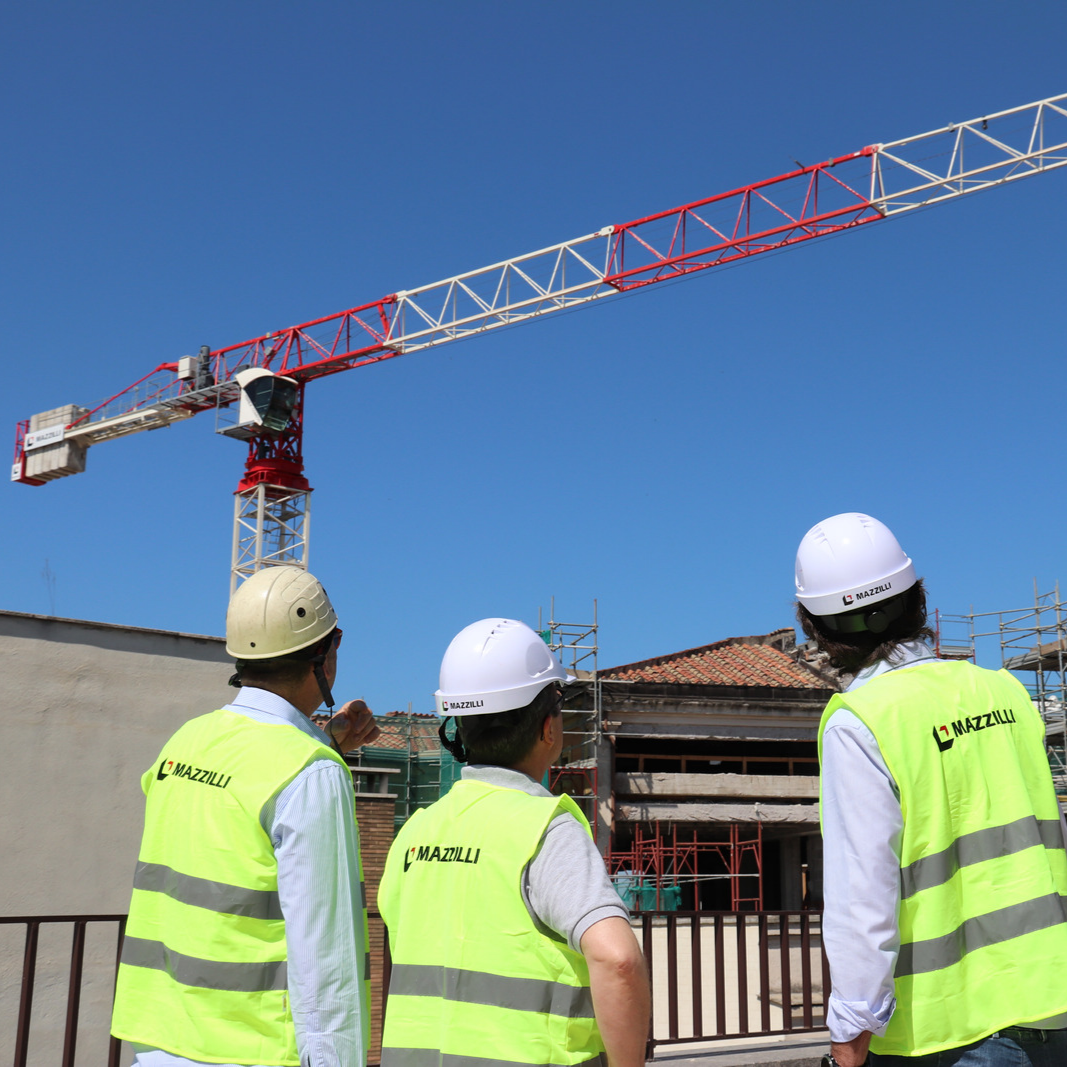