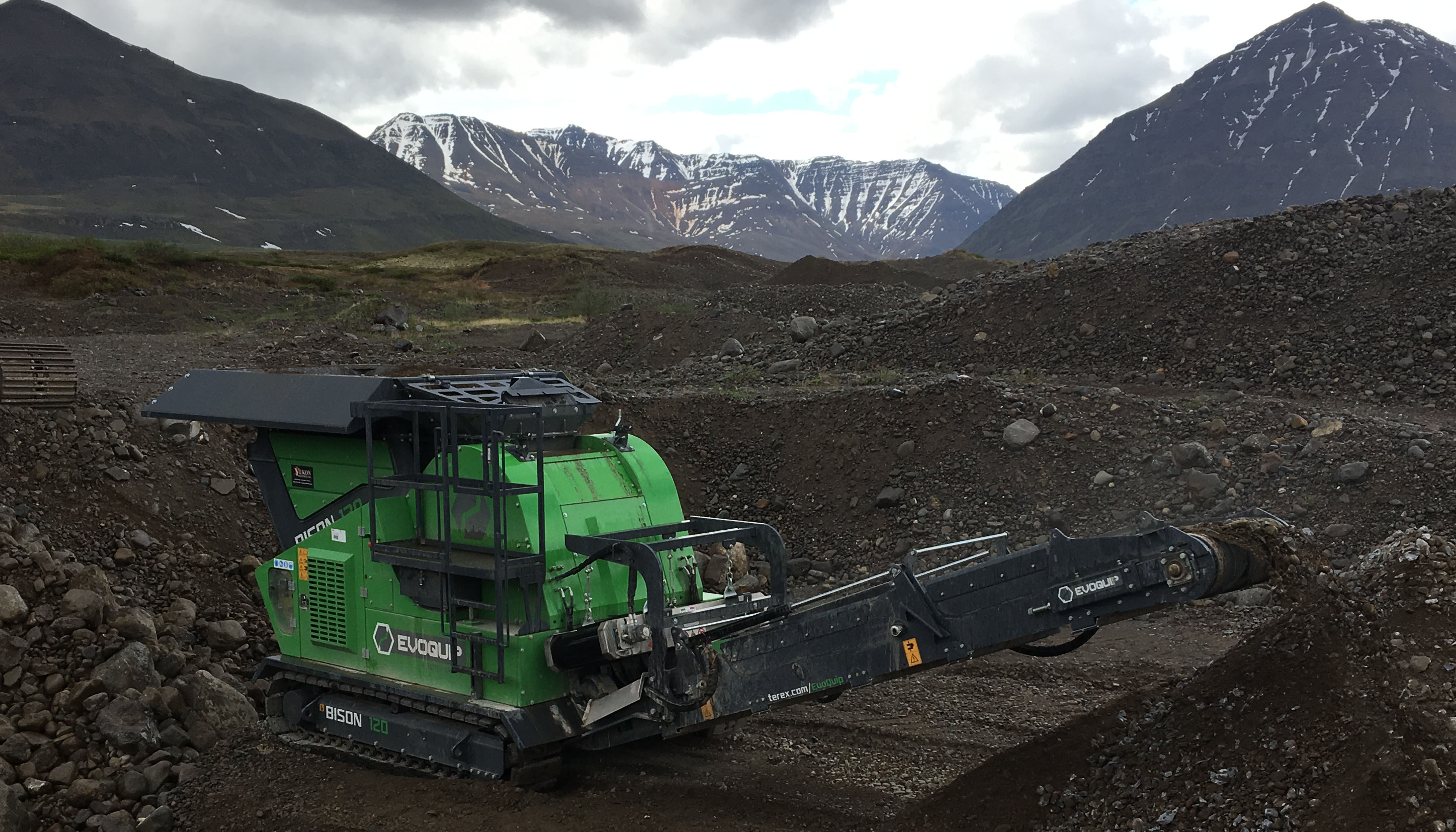 Pat Mallon had a long relationship with crushers and screeners, starting out on the shop floor in the 80’s and growing in his expertise and passion for our equipment to become one of our most relied upon Helpdesk Engineers—well known with our customers and dealers across the world as the friendly voice behind the phone offering customer and product support, often going the extra mile to ensure their query was answered.

As well as assisting customers over the phone, Pat was an integral part in the commissioning of new machines all over the world, something that Pat relished in, combining his love for our equipment with meeting new people, travelling the world and tapping into his other hobby – photography.

While his last year with Terex was more office confined due to COVID-19 travel restrictions, one of Pat’s last trips was one that he talked about passionately, the commissioning of an EvoQuip Bison 120 in 2019 for a customer in Northern Alaska—coming home with stories and a memory card full of majestic photos.

The customer was North Slope Borough, who purchased a Bison 120—the first track crusher they had ever bought—through distributor Yukon Equipment, authorised EvoQuip distributor for Alaska. The Bison 120 is a compact jaw crusher that has been specifically designed for operators for whom versatility, manoeuvrability and transportability are of key importance. It is compact enough to fit inside a container for transport but strong enough to withstand the toughest of applications.

North Slope Borough, situated in the Arctic Circle, is the northernmost borough in the US state of Alaska. It encompasses an area of nearly 95,000 square miles across northern Alaska and includes some of the most spectacular landscapes found in North America, characterized by vast, uninhabited gently rolling tundra. Due to the isolated location and the transportation constraints to get equipment to site, Yukon Equipment had to consider not only production requirements but also the load sizes of the equipment to ensure it could be transported. They settled on EvoQuip’s Bison 120 since it fitted into a Galaxy Ship—mode of transport for the machine—in one piece. Since there were no direct roads, the Bison 120 travelled from Prudhoe Bray in North Alaska and was air freighted down into the borough’s National Reserve.

Travelling from Dublin to Chicago, to Fairbanks and finally Anaktuvuk Pass, Pat covered approximately 7,400 miles, or 12,000 kilometres to get to commission the Bison 120 for North Slope Borough. Fitted with standard jaw plates set at 20mm closed side setting (CSS), the Bison 120 was processing 0 –  up to 500 mm stone / river granite to be used to repair and build roads, as well as to extend the runway at Anaktuvuk Pass Airport, which is owned by North Slope Borough.

With its intuitive operation, quick set-up times, compact size and ease of transport the Bison 120 was the ideal solution for North Slope Borough. Scott Szmyd, Manager of North Slope Borough, was over the moon with the machine’s performance and of Pat’s support, noting that he spent several days on site assisting with setup to ensure optimal production, “When you are in remote sites, having someone as knowledgeable and responsive as Pat makes all the difference in getting a machine up and running.”

The EvoQuip team paid tribute to Pat, stating: “Pat will be fondly remembered for being a friendly and conscientious character, diligent and thorough with a keen eye for detail in all aspects of his life and work. Dependable and loyal, Pat would cross oceans and move mountains for those who needed his help and we already miss him dearly.”