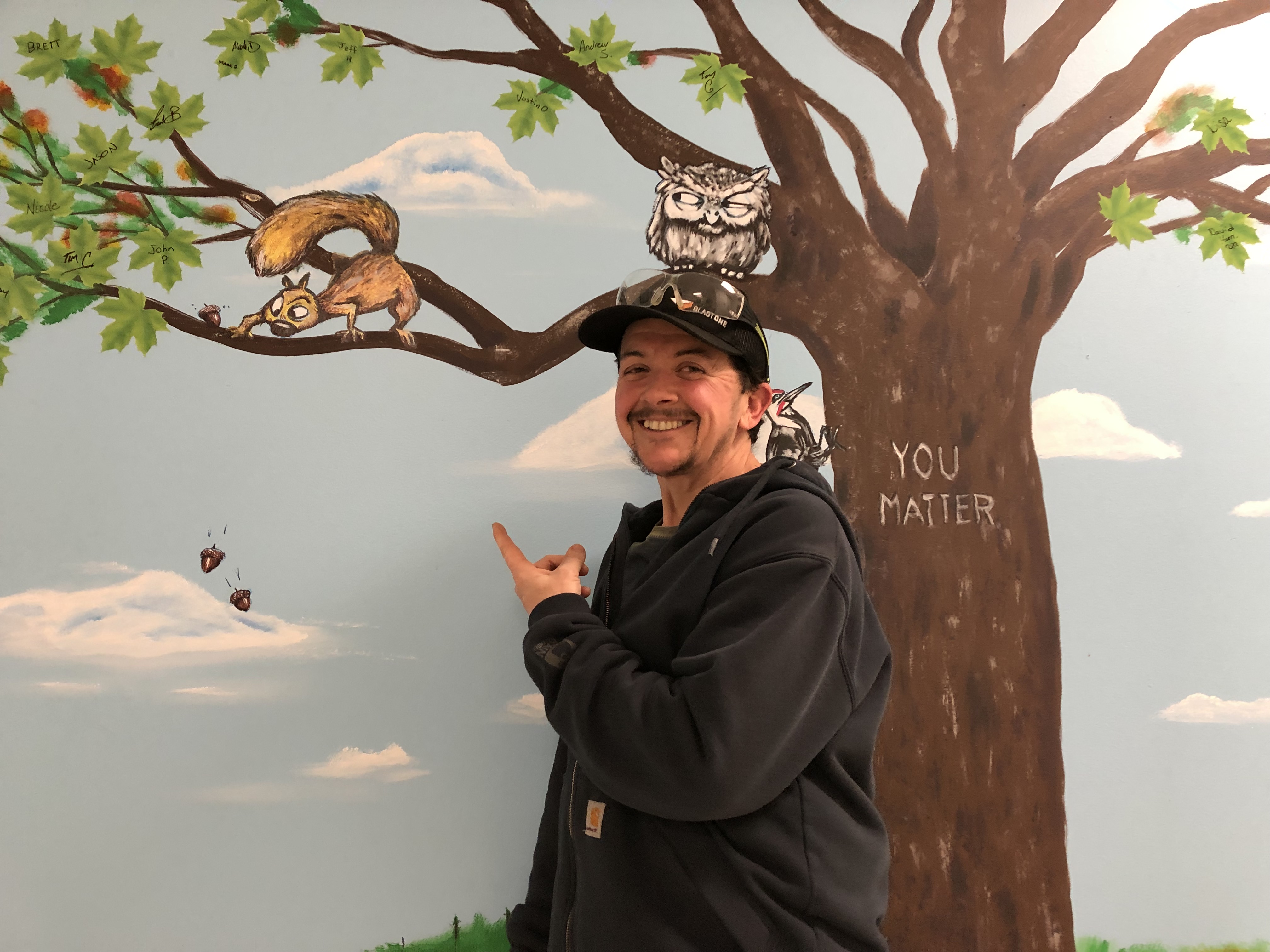 CBI's Painter Jody Veilleux standing in front of the mural he painted at Terex Newton.


NEWTON, NH – The CBI name is built on excellent quality and relentless attention to detail. Nobody has exemplified those traits more than CBI Painter Jody Veilleux, who stayed late after his shifts to paint a vibrant mural in Terex Newton’s lunchroom.

He even brought his own art supplies! 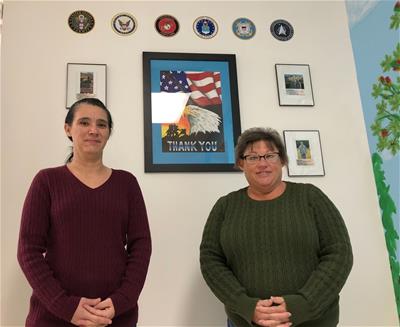 The project began as a Diversity, Equity, and Inclusion (DEI) initiative in the summer, with the idea that each team member would put their name on a leaf and the branches would symbolically connect them to a cohesive whole. CBI’s Master Scheduler, Barbi Fraser, wanted to do something that visually connected the team. When CBI’s Office Manager, Nicole Boeneman, heard about Veilleux’s artistic background, and saw his impressive portfolio, she approached him with the opportunity to do something more personal. Management was quick to approve the idea, leaving a blank wall open for his creative expression.

“It was a matter of picturing the base of it and all the details just came in,” Veilleux explained. “People gave me input on something they would like to see in the mural. I tried to make it fit in and make it all match. So far I’ve been able to put in everyone’s request.”

Painting a mural is an impressive task by itself, but Veilleux’s ability to synthesize everyone’s ideas into the painting gives it a personal flourish that the Newton team appreciates. The robin was painted for Robin Murphy, CBI’s Buyer. A woodpecker was added for CBI’s Service Technician, Frank Barnett, because he and his mother love woodpeckers.

“What I’ve tried to do is keep everyone in mind,” Veilleux says. “Whether it’s a personality or an interest. Whether it’s comedic, silly, or salty personalities… I want the animals to match some of the personalities that we have here. I’m hoping that there’s something in that mural that everyone has an interest in or connection to. I think everyone just has a certain part that they like about the mural, and that right there is my favorite because I think it holds people together. That’s why we have the leaves with everyone’s name on it. I think it’s funny that the squirrel is losing his nuts. I didn’t want it to just be a regular natural landscape, I wanted to put humor and our personality into it.”He never compromises on quality.

Veilleux’s mother originally got him into art when he was eight years old. He went to college for art and was also a tattoo artist for about a decade. After a shoulder injury put his tattooing on hold, he changed jobs a few times and eventually settled into a full-time role as a painter at CBI. He enjoys doing minor carpentry and woodworking projects with artistic touches on them around the house. Even if he only has a small amount of time in his schedule, he’s able to fit in some time for the art he’s passionate about.

“I take my time,” Veilleux explained. “Sometimes I’ll take a break from it and come back to it fresh. You want to be able to enjoy it without feeling pressure or anything like that. There are some things I’ve taken a break on and come back to. I’ve had this one drawing that I’ve been working on since 2008: a picture of Optimus Prime. I have about five years of work into it and even if it’s just a little tiny area, I’ll try to get something done.”

Coming together to overcome challenges is a key part of CBI’s culture, and Veilleux was sure to patiently collaborate with everyone to incorporate their ideas. Whether it’s a Veteran’s Day painting, a CBI grinder frame, or a complete DEI mural, Veilleux always autographs his work with excellence. That’s as CBI as it gets!