CBI manufactures industry leading compost grinders for high volume production at a low cost per ton. In many states, organic material like brush, leaves, and grass have been banned from landfills because biodegradable waste in landfill breaks down to biogas containing methane, which if not captured is a potent greenhouse gas that harms the environment. Plus, much of this material is easily recycled into very valuable end products like fuel, mulch, and soil amendments. Aside from the economic benefits of high-volume compost production, well-published studies have confirmed compost's positive impact on sequestering CO2 and improving soil health.

Municipalities and private contractors frequently turn to CBI for the world’s most productive and efficient compost grinders. Contact us today and learn how a CBI grinder can accelerate your composting operation! 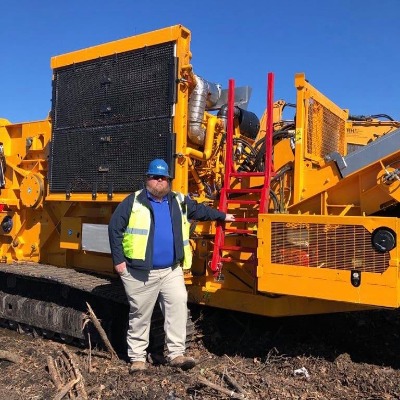 CHARLESTON, SC – McGill Environmental Systems became the new operator at Charleston County’s Bees Ferry composting facility in 2020. McGill sees this as the beginning of a true partnership, bringing benefits to the County, McGill, and the environment. The county has a great location, growing volumes of compostable materials and a strong desire to be greener. McGill has the expertise of operations, sales, and marketing along with financial strength. Though McGill has extensive facilities management experience, this is their first public-private partnership. McGill’s ability to replicate the Charleston partnership model could bring a new approach to the growing U.S. organics recycling market.

McGill specializes in manufacturing premium compost products through processing and recycling biodegradable by-products and residuals. Jim McGill and Noel Lyons founded the business in 1991 and currently operate seven composting facilities throughout the U.S. and Ireland. McGill has more than 100 employees, recycles about 400,000 tons of waste annually, and manufactures roughly 370,000 cubic yards of compost product every year.

“We’ve evolved the design of facilities to make them much more reliable and easier to operate over the years,” explained Lyons. “We have very predictable multi-feedstock facilities as our core business. The ability to predictably handle multiple feedstocks at the same facility is a big plus. The next component only came with size; we’re big enough that we can afford to have a professional sales and marketing team on staff.”

Since taking over operations in July 2020, McGill is gradually converting the Charleston site from windrow to aerated static pile composting. New equipment has also been added to improve processing and quality of the finished compost product. Grinding is a critical component of their yard waste processing before the material is put in the pile, cured, and screened.

When selecting a horizontal grinder to add to the Bees Ferry Site, they sought the advice of a contractor who ran CBI grinders at McGill’s Merry Oaks location.

“A contractor who owns four CBI grinders was very helpful in advising us,” Lyons said. “They  grind for us at other facilities  so we got to watch the grinder performance  many times at the facility. The real-life observation was that the CBI had higher output than its competitors. We were also very impressed by the technical knowledge of the CBI's local dealer representatives, especially Steve Simonson from Powerscreen Mid-Atlantic."

McGill recently added a CBI 6800CT Horizontal Grinder, which is designed for maximum production value, reliability, and versatility. Tips, screens, and unrestricted controls can be tailored to an exact balance of maximum production and precise final product sizes. The 6800CT  investment aligned with McGill’s strategy of high-volume and feedstock versatility. 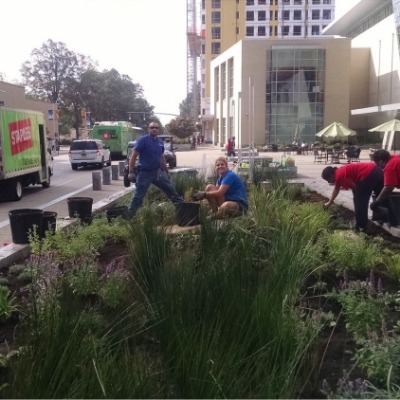 After the material is cured and screened at Bees Ferry, it is sold to the “bulk professional market” consisting of resellers, landscapers, construction companies, and the sports turf industry. The immaculate grass associated with baseball fields and golf courses often contains compost products sold by companies like McGill.

In 2011, McGill was awarded the U.S. Composting Council’s Composter of the Year Award—but they’re more than compost experts at McGill, they’re also advocates and ambassadors for the industry. Lyons understands the challenges associated with operating smaller facilities and not having the same scale they’ve achieved today. The McGill team plays a very active role in the USCC composter training course.  There’s also a shared optimism about the industry’s ability to grow in the U.S. and expand industrial-scale composting’s environmental impact.

Big benefits of “Big Compost” in the future?

BioCycle’s 2017 State of Organics Recycling in the U.S. report indicated that at least 62 percent of composting facilities in the United States process raw yard trimmings and brush—similar to what’s dropped off at the Bees Ferry site in Charleston. Of the 35 states reporting, 14.4 million tons of yard trimmings were diverted per year and represented the largest category of diverted material at U.S. composting facilities.

The future potential for the U.S. organics recycling market is massive. As industry professionals rise to the growing demand, the positive environmental benefits can grow alongside the expanding market.

“The United States is still composting a relatively modest portion of the organic waste it generates,” Lyons said. “There is genuinely a tremendous opportunity for composting to make a much bigger impact on climate from a sequestration and soil health point of view. Composting can also make a significant contribution to the environment in diverting organic waste away from landfills. Compost is a very carbon rich material and the well-published figures are that one ton of compost put back into land equates to about .7 ton of CO2 removed from the atmosphere. If you have healthier soil it performs better.”

"At McGill we are very proud of the environmental contribution we are making but we never abandon our core belief that we must also bring economic value  to taxpayers and all customers we do business with," Lyons said.

In the coming years, they’re looking to replicate the McGill-Charleston partnership at other sites throughout the United States.

Companies like McGill are moving the needle in proving that composting can be a reliable and profitable waste management mechanism. Given McGill’s scale, equipment, established business practices, and scientific approach to compost manufacturing, it should come as no surprise to see rapid growth from them in the coming years.

“If we find ten more Charlestons and we buy ten more CBI’s, we’re all going to win,” Lyons said.